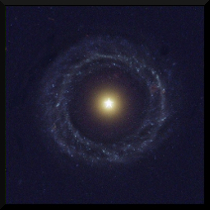 Today is the twelfth day of Christmas, traditionally the last day of this season of Love and Light.  It’s more than just coincidence that so many traditions involve festivals of light this time of year.

Druids have gathered at Stonehenge for thousands of years to celebrate the rising of the Winter Solstice sun.  Of course, in simple astronomical terms this constitutes the shortest day of the year.  And as we all know, the druids had to have a practical knowledge of the stars, in order to know when to plant their crops.  But the deeper meaning of their celebration lies on a spiritual level.  Along with so many other ancient monuments, Stonehenge’s alignment with the Winter Solstice sunrise reflects a deeper alignment between outer and inner reality.  On the Winter Solstice, the sun is ‘reborn’ as the days begin to lengthen and grow again.  In the same way, each one of us has the potential to be ‘reborn’ spiritually, to recognise and know that there is more to Life than just the physical world around us.  Just as we are all born physically into this world, the first-hand experience of Spirit is itself a kind of ‘rebirth’ within this human life.  It’s no coincidence that, in celebrating spiritual rebirth, the druids chose to worship the Sun – for inner light (‘enlightenment’) and outer light perfectly reflect each other.

This season is also the time for the Festival of Light in the Jewish tradition: Hanukkah.  Over the eight days of this holiday, candles are lit to celebrate the re-dedication of the Holy Temple, after its destruction by the Seleucids.  Re-dedication = Rebirth.  In the miracle of the temple’s ‘rebirth,’ we are told that only enough oil remained to fuel the Menorah for one day.   Since, according to Jewish customs, a light must always burn in the temple, it seemed that all was lost.  Yet somehow the oil lasted for eight days, allowing the light to burn until a new source of consecrated fuel was found.

Christmas, too, is a holiday of light as well as birth and rebirth.  The Star of Bethlehem guided the Magi, the three wise men, halfway across the globe to the manger where baby Jesus lay.  Outer and inner reality once again converge.  Astronomical evidence points to the appearance of a possible supernova in the skies around the time of Christ’s birth.  But it was more than a star of atomic elements which guided the Magi.  On a deeper level, both an inner and symbolic meaning exist as well.  Very literally, the Star exists inside all of us, pointing the way to our own enlightenment, and it was surely also this inner star which the Magi recognised and acted on, in deciding to embark on their journey.  In heralding the birth of Jesus, the Star of Bethlehem also symbolises the possibility of our own spiritual rebirth.

Although the Star of Bethlehem remains a mystery to so many people, we still remember it each year by hanging up Christmas lights and burning candles.  Sadly, as we grow up, these lights often lose some of their magic, along with the magic which imbues all that is.  Instinctively, though, we know better.  If we remember back to how we felt as children, everything was different.  The first year my own children could speak, they incessantly called out ‘Special Lights!’ every time they saw Christmas displays.  (Even ten years later, they still fondly recall the ‘Special Lights.’)  I, too, remember as a child the magic of Christmas lights, the magic of my first Nativity play while at kindergarten, the magic of frosty Christmas nights as the stars twinkled above.

What is this magic?  It is the memory of universal, unconditional love that we all carry with us into this life.  As children, before the world fully absorbs our senses, we see the stars, we see the light, and something lights up inside us.  In celebrating the Lord of Love each Christmas — whether this is through worshipping Jesus himself or by recognising the divine, unconditional love which still shines somewhere inside each of us – let us resolve to rekindle that Light and carry it forth through the year to come.